Is the look of Burleigh Heads about to change? 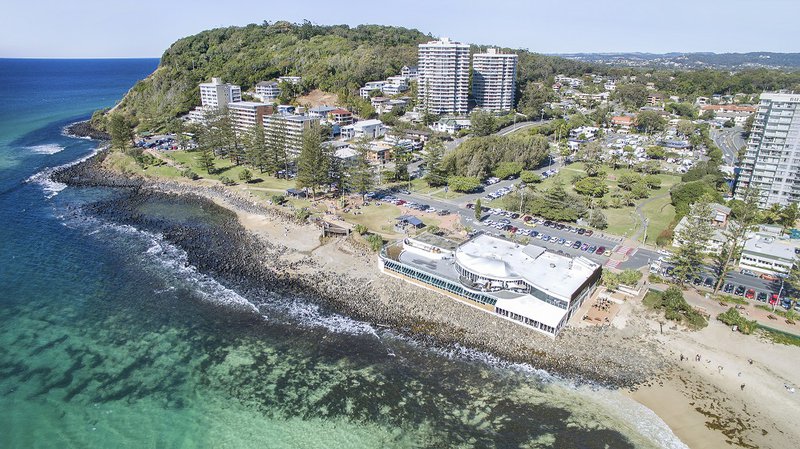 More of Burleigh’s laid-back beachside edifices from yesteryear may be set to disappear with two major high-rise developments set to go before Council’s planning committee and a question mark hanging over the future of Old Burleigh Theatre.

The most prominent development is a 9 storey ‘sky home’ earmarked for the site currently occupied by the award-winning Fish House restaurant on Goodwin Terrace. Each apartment of the planned development will take up one whole level and will enjoy million-dollar views of Burleigh Beach, Broadbeach, Surfers Paradise and beyond. Council however is yet to approve this development.

Just a short stroll away, on First Avenue, plans have been drawn up for a 35-unit residential tower on a large block currently occupied by a small, older set of units. This one is also yet to go before Council’s planning committee.

And the future of the 90-year-old Old Burleigh Theatre remains in question with the building being sold to a Sydney developer earlier this year. There was speculation that the developer had a 14 storey apartment block planned for the prime site, however in mid-August the Queensland Government approved Council’s somewhat hurried request for a temporary local planning instrument (TLPI). Council also quickly nominated the building as a significant local heritage place for listing on the State Heritage Register to prevent any hasty alterations to the building.

The TLPI ensures that, at least for two years, key historical elements of the building such as the façade cannot be demolished. More modern renovations and additions to the back of the building may not have the same protection, which may give the developer scope for partial re-development of this prime location opposite one of the Gold Coast’s most iconic beaches.

We’ll all be watching this one with interest.