Smell, and the art of the sell 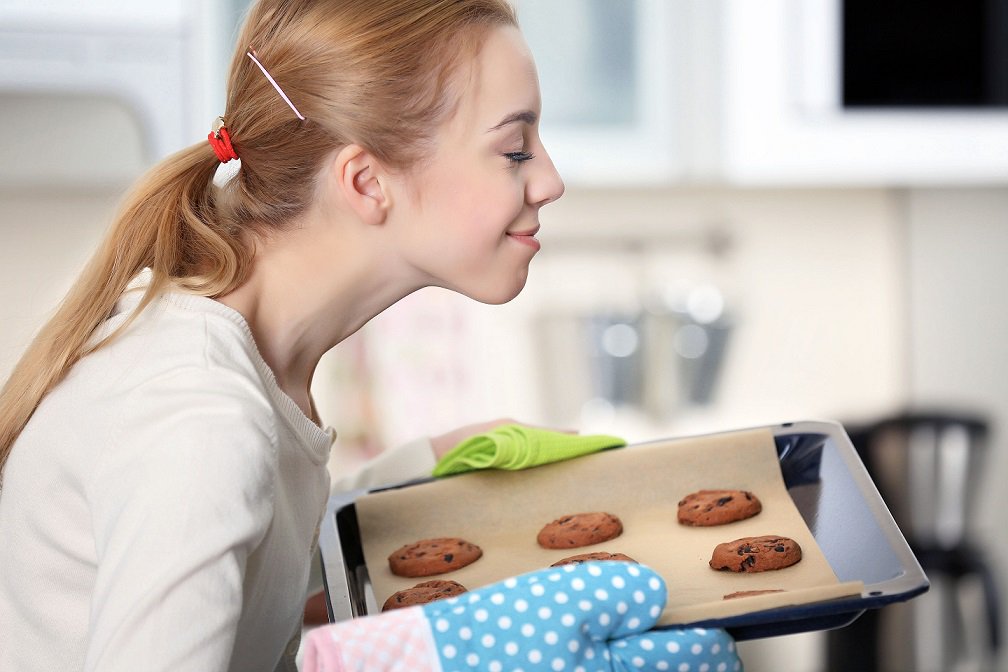 If you’ve ever put your home on the market, you may have come across a piece of advice to bake cookies or bread in your oven right before you hold an Open House. The idea is that the irresistible smell of freshly-baked goods will make a positive and lasting impression on potential buyers entering your home. Some people might find the idea a bit twee, but there is some fairly solid science behind how smell, consciously and unconsciously, affects our emotions and decision-making process.

“Smells are one of the quickest ways to change mood and emotion and can induce memories,” according to neurologist and psychiatrist, Dr Alan R Hirsch.

This is because, unlike the other senses, our sense of smell hits the brain first and we’re not always consciously aware of it. Smell is detected by the brain even quicker than sight or sound and is estimated to be 10,000 times more acute than the other senses. The first port of call for smell is the limbic lobe of the brain which is the control centre for our emotions. This lobe triggers feelings of happiness, sadness, joy, anger, contentment and fear when memories are evoked, and it’s been proven that smell is closely linked to memory.

Footwear juggernaut Nike was one of the first retailers to embrace the idea that ‘smell sells’ after their own study found diffusing certain scents into their stores increased intent to purchase by 80 per cent. In another consumer experiment, participants were given a range of shampoos to try and asked to rank them from best to worst. They were then given more shampoos to try, but unbeknownst to them, the shampoo they had all rated the worst in the first test was included again in the second test but this time it had been given a different fragrance. All participants rated this shampoo as the best in the second trial, despite nothing changing except the smell.

It goes without saying that you should give your home a good scrub before an Open House, however when you do, try to use citrus-based cleaning products. A clinical study in Japan has found that smelling citrus for 10 minutes worked to significantly elevate people’s mood for up to 30 minutes – more than enough time for your Open Home to make an impression. A less scientific study by realestate.com found that a subtle citrus fragrance could add tens of thousands of dollars to the perceived value of a property. In the experiment, participants estimated a home to be worth just over $850,000 when a citrus scent was in the air, however the same home was only valued at just under $744,000, by a different group, when the citrus scent was replaced with that of smelly socks. So make sure you also do your laundry!

Whatever you do, don’t have kippers for breakfast on the morning of your Open House and you may also want to rethink that baked snapper the night before. Studies have shown the smell of fish can make people suspicious and more critical than normal. An experiment conducted by Lee and Scwartz found that people left in a room injected with a barely susceptible ‘fishy’ smell, were much more likely to be suspicious and untrusting when completing critical thinking tasks than a control  group of people doing the same thing in a room with no smell. There just might be something to the old saying, “smells fishy”.

A rose by any other name would smell as sweet

If you plan to have flowers in your home for your Open House, opt for roses, they scored highest for ‘pleasantness’ by both sexes in a University study into the effect ambient scent has on retail shopping behaviour. Geranium also ranked highly, and while not a flower, Vanilla was also a crowd-pleaser for both genders.

Wood, if you could

If you’re selling your property as a ‘renovators delight’ you may want to arrange freshly-hewn pine woodchips in a decorative bowl for your Open House. ‘Bunnings’-style hardware outlets in the United States reportedly inject ‘woodchip’, and ‘pine’ smell into their diffusers to stimulate childhood memories of ‘building a cubby house with Dad’ or ‘renovating as newly-weds’. It’s designed to evoke feel-good memories of past renovation projects and get customers buying more than the box of screws they originally came in for.

For more information on what you can do to get the best price for your property when it goes to market, talk to the friendly team at PRD Burleigh Heads for informal, no-obligation advice. Call on 07 5535 4544 or email burleigh@prd.com.au.