Western Australia is the most affordable state 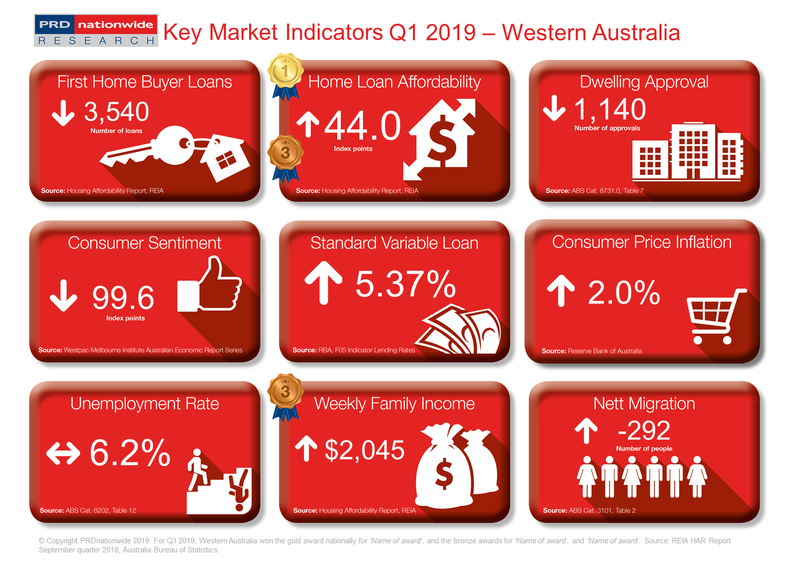 An increase in WA’s home loan affordability does not come as a surprise, as median prices in Perth Metro softened between 2017-2018. The median house price in Perth softened by -1.2% to $500,000 and the median unit price softened by -2.4% to $405,000. Although these figures may not seem significant, median property prices have been in constant decline since 2014.

This said, there is an interesting phenomenon in WA, despite an increasing home loan affordability index, the number of first home buyer loans have declined quite drastically by -20.1% over the past 12 months (to the September quarter of 2018). The number of first home buyer loans approved was 3,540 in the September quarter of 2018, which is quite low when compared to New South Wales (7,141), Victoria (8,601), Queensland (5,879), and even South Australia (6,884). This is partly due to underperforming economic fundamentals in terms of unemployment growth and median weekly family income.

WA’s unemployment rate increased by 8.8% between December 2017-2018 to reach 6.2% in December 2018. This represents not only the highest increase in unemployment rate, but also the highest unemployment rate across all states in Australia. Median weekly family income has grown by 1.9% between the September quarters of 2017-2018, recording $2,045 per week. That said, this was one of the lowest wage growth percentages across all states during the period. Thus, there is a dire need for an economic revitalisation in WA to ensure future growth.