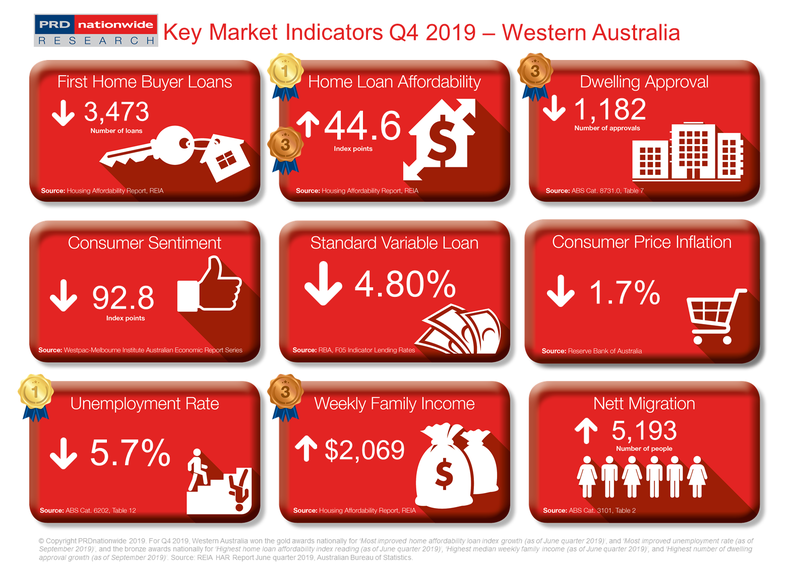 Interestingly, despite a more affordable property market, the number of first home buyer loans approved declined by -7.5% in the 12 months to the June quarter of 2019. That said, this is on par with the Australian average decline of -7.6% during the same period, which suggests that there were other factors (other than property prices) in play, such as tighter lending policies.

The WA unemployment rate was 5.7% in September 2019, representing a -6.6% decline in the past 12 months. This is the largest improvement in the unemployment rate of all states, earning WA a gold award nationally in the Most Improved Unemployment Rate category. Median weekly family income in WA was $2,069 in the June quarter of 2019, representing a 2.0% increase in the past 12 months. This is a lower increase than the Australian average of 2.6%, however, it is counterbalanced with the large increase in the number of people employed.