It is increasingly evident that 2018 marks a new era for TAS, from both a property and economic perspective. In the PRDnationwide Q2 2018 Key Market Indicator Awards TAS won the silver award nationally for highest median weekly family income growth, at 2.6% over the past 12 months (to $1,417 in the December quarter of 2017). This is an improvement from last quarter, where TAS earned the bronze award nationally for the same category, with a 2.5% growth over 12 months to the September quarter of 2017.

The PRDnationwide Q2 2018 Key Market Indicators provide a quick snapshot of the current state of affairs in Australia from both an economic and property perspective. The Indicators cover both national and state level data, comprising of: 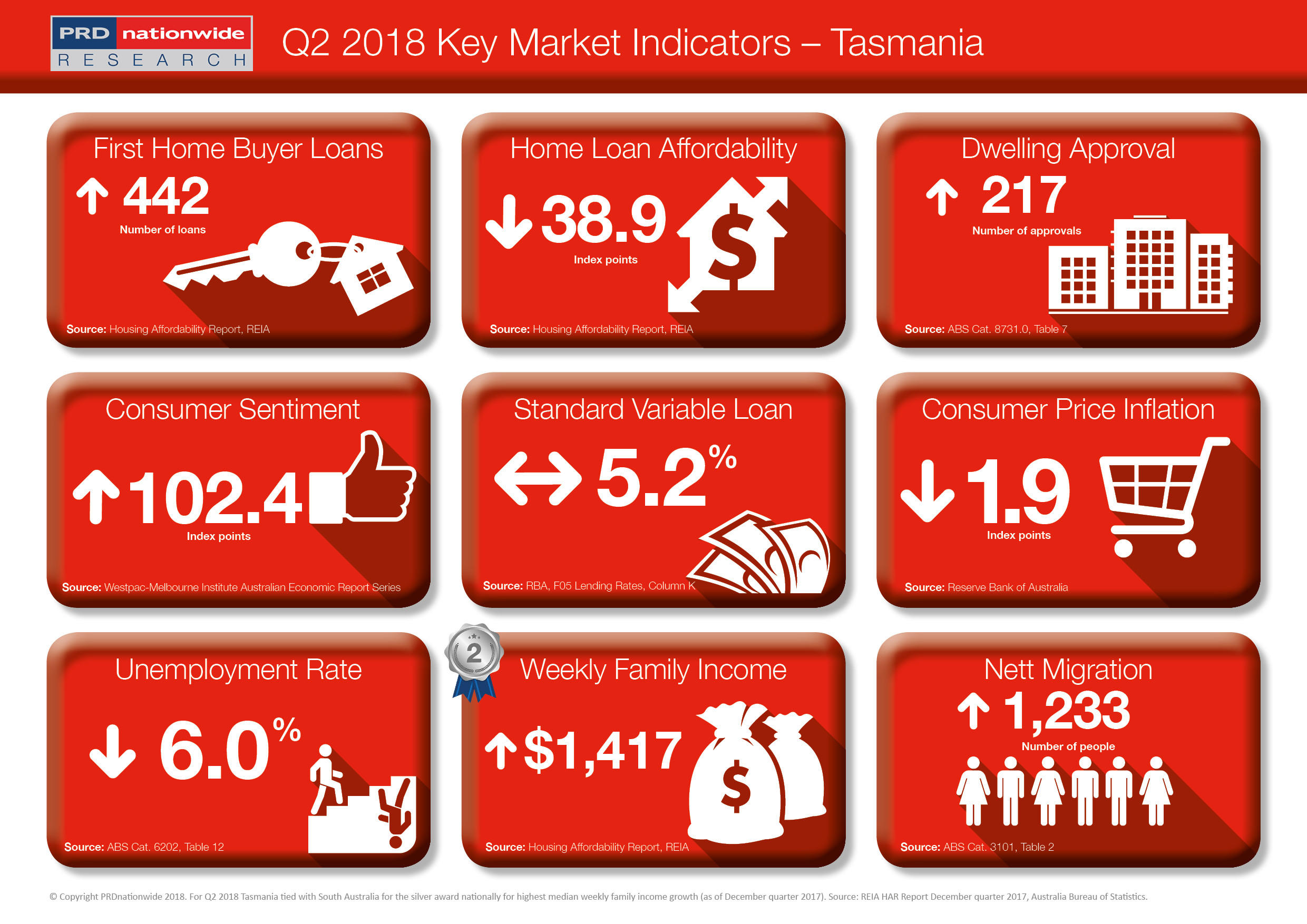