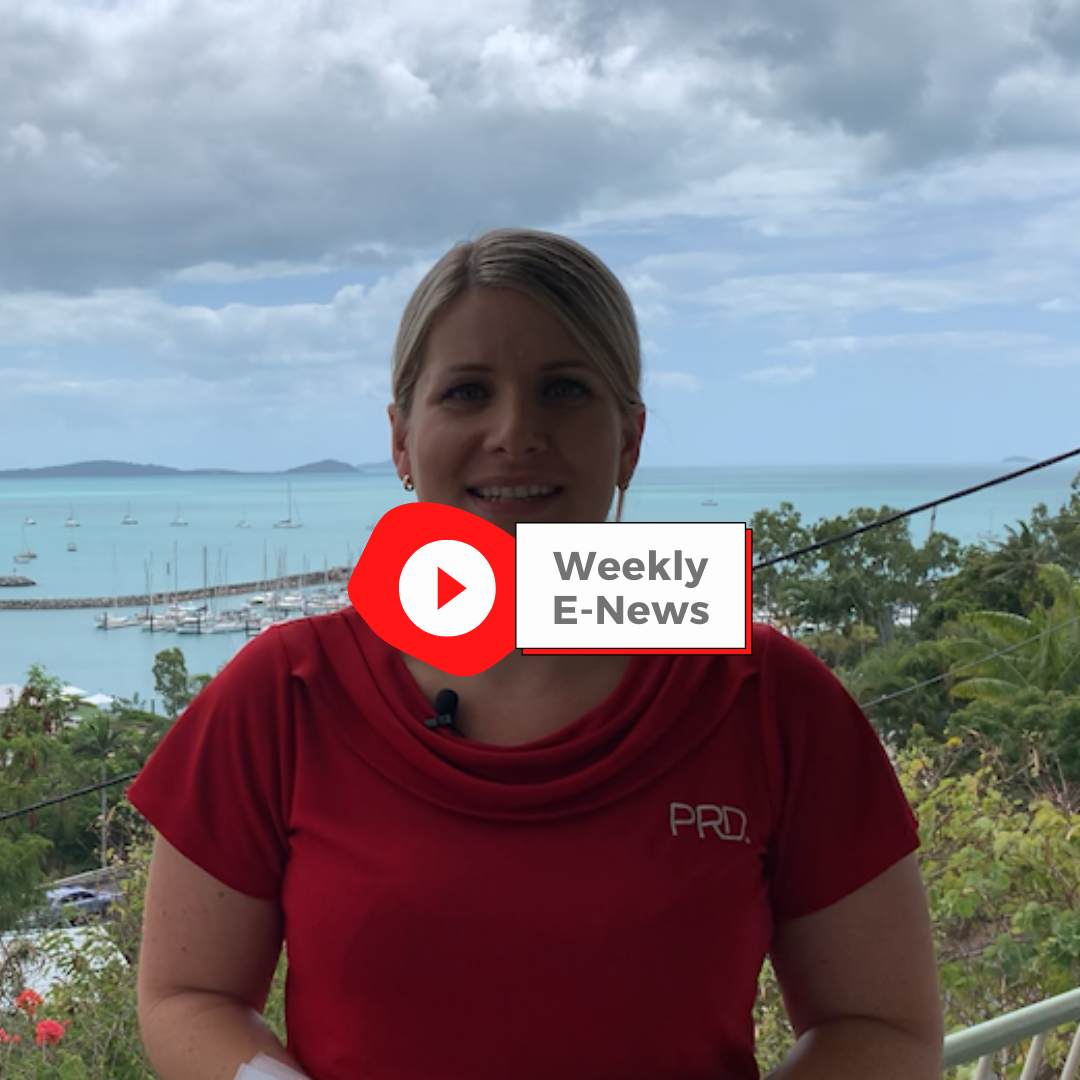 Hi, Annette Neil from PRD Whitsunday with this week's e-news.

I thought I'd touch on a question we get asked a lot at the moment.
We receive so many enquiries from people out of town and out of state asking what's it like to live in the Whitsundays.

Well, other than it's amazing and glorious and seeing this view over my shoulder every day, there are many pros and cons to living here.

I just thought I'd bring you a couple of facts. So some people think because we're in north Queensland; we're remote and cut off.

Not so. We have the rail line running through Proserpine, connecting the entire coast by Queensland rail.

Another question is, what is there to do for kids. In the area, you might think that there are no shopping centers, big amusement parks, cinema things like that., Wrong.

We do have a cinema in the beautiful little town of Bowen, which is not such a big drive away, and it is super retro quite art deco, and it's a real experience going there. Now for those that may not know the film Australia. It was filmed partly in Bowen, and they had a huge worldwide launch of the movie at the summer garden theatre up there in Bowen. So it's a great spot to get away with the kids and spend a day out there enjoying the beaches, and the water park.

There are lots to do now for children here, as we have every sporting group you can think of. You can also take the kids to the beach and there’s plenty of bush walks. There are lots of playgrounds, a water park, a massive big park in Airlie Beach, and the lagoon. There's so much to do here for families.

We do have quite a few significant retailers here, too. We’ve  got several supermarkets, department stores like Big W, furniture stores etc. We’ve also got all sorts of big things. We've got Bunnings, so you can enjoy a sausage sizzle there, or you can have a short one-hour 45-minute drive to Mackay, which has everything you could imagine in big shops. There's not much that you would be missing down there.

So the Whitsundays, what's it like to live here? Beautiful! Every day of the year, and we also have the conveniences you can expect from a city.