PRD Port Stephens has come up with a novel idea to give back to the community by donating $500 from every property that it sells at auction this Saturday, May 1, to a Nelson Bay support service.

PRD Operations Manager Philippa Brooks said that the concept was born out of a recent staff team discussion.

"We had been talking about giving something back to the community when it was suggested that a donation be made to a local charity from every property that sells under the hammer," Ms Brooks said.

"Currently we have 21 properties to be auctioned on May 1 at Soldiers Point Bowling Club.

"The team decided to donate $500 from every home sold to the Yacaaba Centre because of the tremendous work they do with victims of domestic violence and the homeless, and the support they offer to people with mental health issues."

Ms Brooks said that PRD staff were well aware of the wide ranging counselling services on offer at the Yacaaba Centre to those in need in the community, particularly following the COVID-19 pandemic.

"PRD has over the years supported a number of charities and not-for-profit organisations including the Mark Hughes Foundation, McGrath Foundation, Red Nose Day, Buy a Bale and Swags for the Homeless. The Yacaaba Centre will now join that list ," she said.

"We also sponsor a number of local charity events, including the Tomaree Breast Cancer Support group."

Yacaaba Centre counsellor Louise Simpson said that the non-government organisation was extremely grateful for the gesture from PRD and the ongoing support from the wider Port Stephens community.

"Our centre depends on donations to continue to operate in a full capacity, so we were quite elated when told of the PRD contribution. It's truly an amazing gesture," she said.

During the COVID-19 pandemic last year, the Yacaaaba Centre was able to open its doors an extra one day [to five days] a week after receiving some funding, which allowed the staff to increase counselling hours at a time of real need in the Port Stephens community.

However, that funding ceased on December 31 and since that time the centre has been back operating four days a week.

"It would be great for us to be able to increase those hours and open our doors five days a week again," Ms Simpson said.

The Yacaaba Centre was established in 1989 and is supported by many organisations and individuals in the local community. They are partially funded by NSW Department of Communities and Justice and operate on a donation basis.

The 21 PRD properties will go under the hammer on May 1, with auctions commencing at 4pm.

Article Written by Charlie Elias from The Port Stephens Examiner 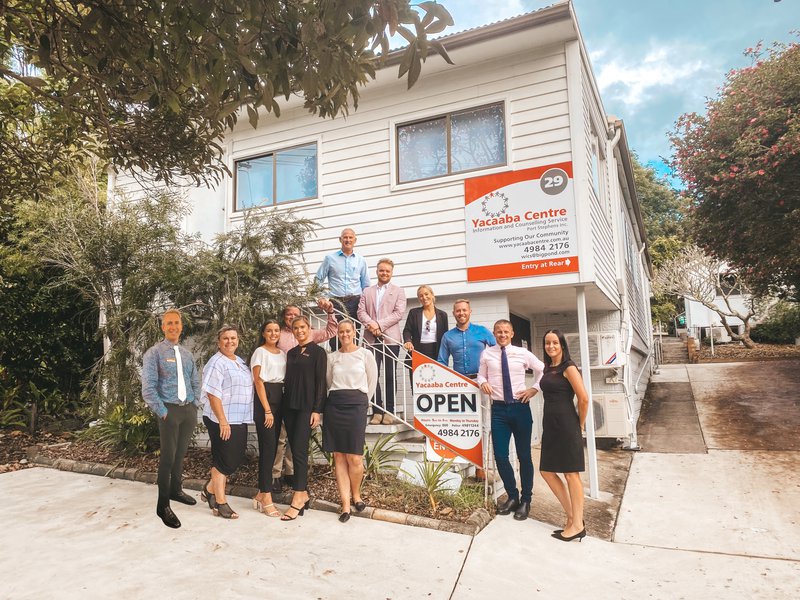