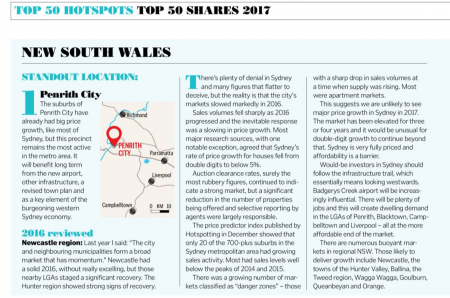 r New South Wales, and had this to say about it:
"The suburbs of Penrith City have already had big price growth, like most of Sydney, but this precinct remains the most active in the metro area. It will benefit long term from the new airport, other infrastructure, a revised town plan and as a key element in the burgeoning western Sydney economy"
St Marys was also singled out as one of the top 50 locations for 2017.