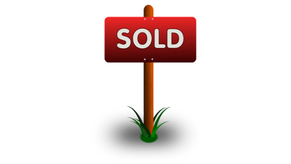 It was a case of history repeating at PRD’s 2014 Annual Awards Gala Dinner at Sanctuary Cove on Saturday night, with top salesman George Rafty recognised as the franchise network’s number one performer for the fourth consecutive time.

Mr Rafty has dominated the prestigious sales award since 2011 and was hot favourite again to secure his fourth accolade prior to the event after another stellar year.

The award follows on from a tremendous 2013 in which Mr Rafty was one of five agents nominated for the national Sales agent of the Year award at the Australian Real Estate Awards, and the only non-metropolitan agent vying for the top honour. He also featured prominently in leading industry publication Real Estate Business’ Top 100 Agents list, coming in at number 12.

In his humble acceptance speech Mr Rafty thanked his wife Rosanna for her ongoing support and offered acknowledgement to close team members Joe Olsen, Ashleigh Dodt and Andrew McKiernan. He also praised the role of auxiliary staff in his success. “It is an honour to have achieved this award for fourth year,” Mr Rafty said.

“I’d like to thank those that aren’t here tonight, the administration staff, the support staff, they aren’t often mentioned but they are behind us 100 per cent.”

The PRD Top Ten Sales Agents list was again dominated by NSW-based operators, with eight of the award recipients based in the “First State”. Only PRD Ballarat agent Robert McClure and PRD Horsham agent Robert Dolan disrupted a NSW clean sweep, placing 10th and third respectively. It was a deserved award for Dolan, who capped a strong year by serving as a key note speaker at the prestigious 2014 Real Estate Sales Summit.

It was a case of progression for Mrs Kolarovski, who picked up PRD’s prestigious Neville Wilson Rookie of the Year Award in 2013.