Home loan affordability on the rise 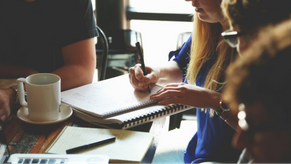 The average Australian household requires 28.79 per cent of the family income to service a home loan, according to figures in PRD’s Quarterly Economic and Property Report for the fourth quarter of 2013.

Australian states and territories were measured on the Home Loan Affordability Index, which measures average loan repayments against median wages and tracks these values over time.

Affordability continues to be highest in the ACT with an index rating of 61 points, followed by the Northern Territory on 47.7. The least affordable state is New South Wales (29.2 points), with South Australia (33.9 points) placed moderately higher on the index.

“With the property market heating up, low interest rates and the major financial institutions relaxing their lending criteria, many Australians are deliberating whether now is the time to step into home ownership,” Mr Maskrey said.

“The trend of more affordable loan products with lower repayments against higher incomes, particularly in Queensland and Tasmania where we’ve seen increases on the home loan affordability index of more than seven and a half per cent, has certainly put some spark back in the property sector this quarter.”

The Home Loan Affordability Index began its decline back in 2002 and has been after a brief leveling period between 2004 and 2006, it has generally trended downwards. Continued price growth in the property market without an accompanying rise in salary has ensured the index has been weighed down for years. However, Mr Maskrey believed there was light at the end of the tunnel.

“There are definitely some encouraging signs from a home loan affordability perspective,” he said.

“The average Australian household is required to commit less of the family income to service a loan, which is promoting home ownership as a viable alternative to rental accommodation.”