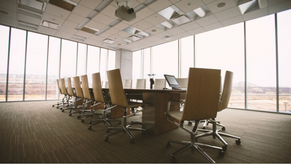 Liverpool, NSW (23 September 2014) – As the residential property market in Liverpool, NSW, has grown strongly over the past 12 months, so have prices for houses and units. Since 2008 prices have grown by 45% and 52 %, respectively, with the largest portion of house transactions recorded in the $650,000-plus range.

New research from PRD Research Analyst Harrison Hall shows that the market has continued to grow in popularity since March 2014, with plenty of government investment, population growth and overall urban renewal.

“House transaction volume is up at by 18.7 percent,” said Hall. “Key driving forces of migration, both from inside of and outside of the country, combined with new housing stock and increased investor activity have helped this happen.”

Almost as quickly as a property comes on the market it is sold. “In the 53 years I’ve been in the real estate business in Liverpool, I haven’t seen the market move as quickly as it is now,” said PRD Liverpool Principal Tony Pascale. “We are close to no available stock.” Research shows that the largest portion of house transactions was recorded in the $650,000-plus range.

Pascale agreed, citing his recent experience. “In the last nine months, we have seen properties selling anywhere from $25,000-55,000 above the reserve price.” Units have also been a strong performing market over the past 12 months, with median prices rising 9.3%.

Hall noted that the main points of attraction for buyers are affordability, connectivity and proximity to commercial and industrial employment hubs.

While most of the $8 billion worth large-scale projects in the region are attributed to Badgerys Creek Airport and related infrastructure, there are other large scale projects which should benefit property values.

Buying a Property – What Are Conditional and Unconditional Offers?

Regional house prices soared at their fastest pace in 35 years