Newcastle a dream for forward-thinking developers 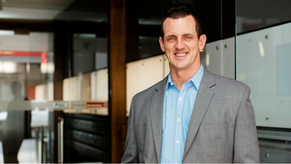 Forward-thinking developers are seemingly awakening to the prospect of capitalising on an abundance of low-cost residential stock in Newcastle, with PRD’s most recent research report illustrating greater interest in affordable detached housing and vacant land in the region.

The 2011 Census revealed that Newcastle had a proportion of residents living in social housing accommodation that was almost 47 per cent higher than the national average. With a larger low income population that other regional NSW centres, developers are realising opportunities to purchase affordable stock in suburbs surrounding public housing areas and refurbish them with the vision of prospering on greater interest in the market as conditions continue to improve.

PRD Research Analyst Jake Beazley said the transition from Newcastle being purely an industrial hub to a city holding greater appeal to professional services, healthcare and tourism businesses was well on the way.

“Newcastle is a city undergoing a period of significant redevelopment and growth,” Mr Beazley said.
“The city has always had a resilient real estate market and now we are seeing noticeable rebounds across all classes of residential property including house, unit and vacant land. Market participation has grown swiftly as developers put the challenges faced during the GFC behind them and adopt an optimistic approach to the future.”

Mr Beazley pointed to an upward shift in price points for both house and unit stock over the past five years as evidence that activity was increasing as employment opportunities increase and Newcastle begins to shape as a viable alternative to Sydney life.

“The region continues to be the beneficiary of significant capital projects investment, despite ongoing volatility in the energy and natural resources, manufacturing and trade exposed sectors,” he said.
“Sydney-siders that are priced out of the market or are looking for a career change are seeing Newcastle as a city that has genuine employment and lifestyle opportunities.”

“The inner city of Newcastle has seen dramatic change in the last 12 months and the momentum continues to build. Business owners are more confident to invest, the Hunter Street Mall has life again and there is great anticipation about the future connectivity to the harbour when the rail corridor is opened up with the proposed light rail taking its place,” Mr Kentwell said.

There has been a steady demand for affordable new apartment stock, with the off-the-plan sales rates being their healthiest since around 2004 at the height of the NSW property boom.”
Mr Kentwell also pointed to properties that were qualified with the National Rental Affordability Scheme (NRAS) as area that will be closely watched.

“NRAS offers great incentives for investors and Newcastle is ideally placed to take up the new accommodation that it will bring, due to our broad demographic,” he said.

“A recent development exclusively marketed by PRD Newcastle with NRAS attached was very well received and we now have a large latent demand for further NRAS buildings.”

“Through our network we have developed a specific NRAS buyer database of investors Australia wide and there is a definite thirst to invest in Newcastle. We have very exciting times ahead and are gearing up for them."