Overall Melbourne’s property market is rising inline with the strong population growth seen in the state of Victoria. Affordable options can be found in the north and west of inner CBD, whilst infrastructure projects in 2017 will underpin future growth in outer Melbourne suburbs.

Ensuring that there is a healthy level and mix of future developments is crucial for Melbourne, in order to support population growth and also increase economic growth potential. This will have a positive spill-over effect on the property industry, ensuring sustainable level of capital growth in the medium and long-term future. 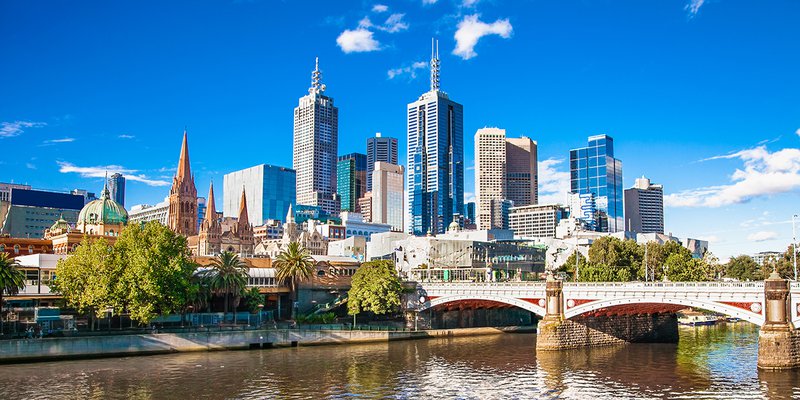 In 2016/17 the Melbourne property market saw unit prices begin to level out after a period of steady growth, while houses continue to benefit from an increasing Victorian population, unchanged cash rate, and sustained demand. Infrastructure has emerged as a key area with a focus on public transport and upgrading facilities, to support one of the fastest growing Australian populations.

"Infrastructure has emerged as a key area of focus"

Property buyers will be buoyed by the presence of affordable options in the midst of continued overall development and price growth, found especially to the north and west of the inner CBD.

Over the past approx. 12 months there has been a change in the amount of suburbs accessible to Melbourne property buyers within 20km of the CBD, as per below:

The above table further highlights the shift in affordability in the Melbourne market, with less amount of suburbs available for those with a budget of less than $1M (53.3% in 2nd half 2016 report versus 50.0% in 1st half 2017 report). The $1M-$2M market has grown in Melbourne, suggesting increasing room for high-end boutique properties.

These hotspots were chosen based on a number of factors, the prime deciding factor being their affordable prices (i.e as close as possible to the state’s average home loan) and level of new project developments in 1st half 2017. More often than not these hotspots have a high level of liveability from the perspective of amenities, transport, and existing infrastructure; as well as strong investment fundamentals in terms of rental yield.

*Note: Total Projects is reflective of aggregate quoted estimated value of residential, commercial, industrial, infrastructure, and mixed-use development; based on reported land construction values as stated by the relevant data authority and do not signify their commercial/resale value.

Melbourne’s rental market remains attractive, with house and units rental prices showing positive growth over the past 12 months to Q4 2016. House rental prices have increased by 1.3% as an overall, however 3 bedroom houses prove to be popular, increasing by 2.7% to $380. The overall unit market remained stable over the same time frame, however those investing in 2 bedroom units can be comforted with a 5.3% increase to $400 per week.

Over $15.8B of commercial, infrastructure, industrial and mixed use projects are scheduled to commence in the first half of 2017, underlining Melbourne’s increasing economic growth potential. . Infrastructure has emerged as a key area of focus in Melbourne ($5.7B out of a total $15.8), with a focus on public transport and upgrading facilities.

Increasing property stock is also on the cards, with $3.8B in both mixed-use developments and residential projects, totalling $7.6B. Commercial and industrial projects ($2.2B and $58.0M respectively) balances out Melbourne’s development plans, geared to attract more commercial activity and business in order to support local job growth.

For further information on each PRDnationwide 1st Half 2017 Hotspot, please contact research@prd.com.au