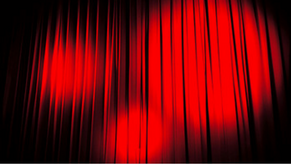 Oh What a Night!

In a dominant display, PRD Newcastle claimed no less than 16 individual and office-wide awards, with Mr Kentwell himself pocketing four individual accolades – no mean feat considering there are more than 115 franchises in the PRD network and over 1400 employees up for consideration.
Mr Kentwell received a Diamond award for his individual sales efforts, was ranked as the top selling Principal in the franchise network, had the highest auction listings for an individual and the most vendor paid advertising for an individual.

However, the accomplished salesman was anything but a one-man-band, with fellow real estate star George Rafty also complementing his ranking as the number one agent in the entire franchise network with his third Diamond award.

Colleagues Rodney Goodwin, Cveta Kolarovski and Matthew Iuliani also got in on the act, securing Gold sales awards, with Luke Murdoch snaffled a Silver sales award for his stellar efforts.
Collectively, the PRD office swooped on four major awards. It was ranked number one in the franchise network for sales, had the most vendor paid advertising, highest auction listings and achieved a Diamond status as an office after earning gross commissions of more than $2.4 million in consecutive years.

PRD Newcastle has now been a Diamond office for six years in a row. Mr Kentwell attributed the massive haul to PRD Newcastle’s ongoing commitment to innovation, training and service excellence.

“I’d like to acknowledge the team as a whole, everyone in our business inspires me, we’ve got some great individual performers but as a collective your efforts are even more important,” he said.
“You are driving me every day to get better, the training we do together each week is forcing me to come up with new ideas and implement new strategies that are going to make positive changes to the way we do business forever.”

Mr Kentwell heaped praise on his wife Natalie for her patience and support, and also acknowledged the role of PRD and parent company Colliers International in his office’s unrivalled success.
“Thank you to PRD head office for awesome support,” he said.

“Even though a number of these awards are for individual success, we need to acknowledge that in the background there is a lot happening with marketing, training and events, with the team driving the brand at a corporate level.”

“It is making us confident in representing our companies when we got out in the marketplace, which is helping to get that extra listing, earn that commission and it leads to collecting awards like this.”
The 2014 awards night mirrored the success of past events for PRD Newcastle, with the agency taking out the trifecta of number one sales agent, number one selling principal and number one office for the fourth year in succession.