PRD Network Bands Together to Support Office Devastated by Floods

National real estate brand, PRD has demonstrated its commitment to supporting their offices and staff, after its network banded together to help one of their offices affected by the devastating floods in February this year.

After their office was flooded, the PRD Lismore team worked tirelessly to clean up as well as continue to support their tenants and landlords who had been affected. 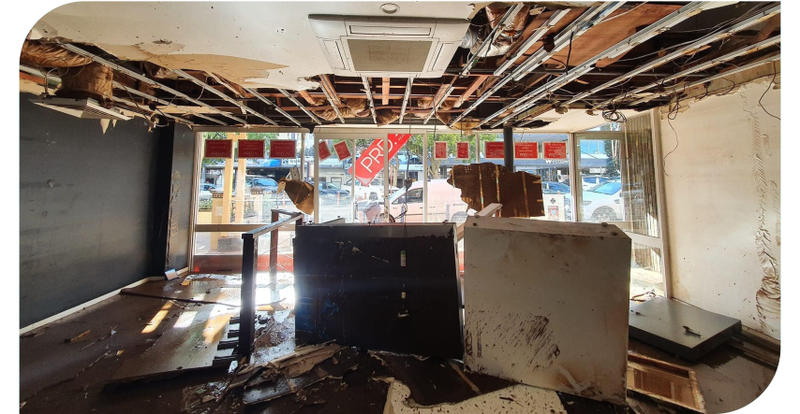 PRD Lismore Principal, Robert Horder said the team’s top priority during the floods was ensuring their tenants were okay, which included assisting a tenant who needed to travel from Kyogle to Lismore for regular life-saving dialysis treatment.

“They couldn’t get there, so the nurse rang around and found that we were the managing agents, and I went around and picked him up,” Robert said.

“They put him in a helicopter and took him to Lismore. The nurse rang back a couple of days later to thank me, saying he probably got within half an hour of losing his life.”

Robert says many staff, even those with flood damage to their own homes, had been going door-to-door to help people, and one team member had spent the weekend delivering hay to farms.

In an act of community spirit and support for their neighbouring office, the team from PRD Tamworth made a call out to their followers on Facebook shortly after the floods to ask for donations.

In just five days, and with help and donations from their community, the PRD Tamworth team had orchestrated the delivery of 13 tonnes of donated aid in response to the floods in Lismore.

“To all the Tamworthians that went home and packed all they could; heard our call, went to the groceries and bought for families that they have never met, you are what makes this town the best regional city in this beautiful country,” said PRD Tamworth Principal, Mark Sleiman. 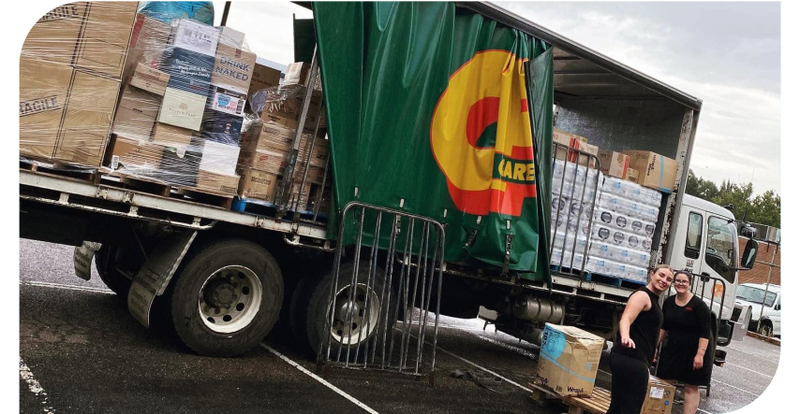 Despite their hardship and tireless efforts to continue to support their community, the PRD Lismore team still managed to attend PRD’s Annual Conference and Gala Awards in early April on the Gold Coast, Queensland.

The team were awarded a Silver Office Award, and Robert was awarded a High Altitude Sales Individual Award as well as the coveted John Harvey Award.

In a statement made by the Lismore team, they commented that “there wasn't a dry eye at our table when Rob was honoured with the John Harvey Award”, which recognises him as a valued member of the PRD network and commends his outstanding contributions and leadership in the real estate industry. 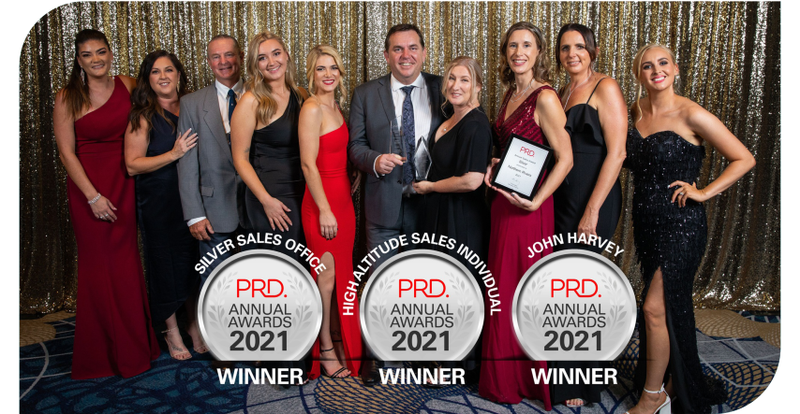 “We all know Rob to be the hardest working man around, but he's also an incredibly supportive boss, a compassionate leader and genuinely a great guy.”

While their Lismore office is being repaired, the team has been working out of their Kyogle office, and just yesterday they held the grand opening of their third office in Casino.

In celebration of the opening and the resiliency the Lismore team had shown throughout the year, PRD presented a donation from several offices from the network to assist with restoring the Lismore office.

“We celebrate each other’s wins and we band together in support when an office needs help, and the generous donation from our offices as well as the support our whole network has shown the PRD Lismore team is proof of these values we champion.”

“While this has been a difficult and emotional time for us all, we've been overwhelmed with tales of kindness, generosity and community spirit,” the PRD Lismore team wrote in an online statement.

“We remain dedicated to servicing the Northern Rivers region and to ensuring our clients are looked after now and in the future.”

Interested in joining a brand that has unrivalled camaraderie in its network and is dedicated to seeing the communities we operate in flourish? Get in touch with us today.

How To Get Your Residential Rental Bond Back

A Comprehensive Guide to the Contract of Sale