South Australia (SA) recorded 1,588 first home buyer loans in the June quarter of 2019, which was a 10.2% increase in the past 12 months. Not only does this earn the state a silver award nationally in the Most Improved Number of First Home Buyer Loans category (in the PRD Q4 2019 Key Market Indicator Awards), but it is also in contrast to the -7.6% declining pattern nationwide. Other than the Northern Territory, SA is the only state recording positive growth. This is a step up compared with the March quarter of 2019, where SA recorded a 5.6% annual increase in first home buyer loans. Thus, first home buyer’s confidence is high in SA in contrast with the rest of the country. 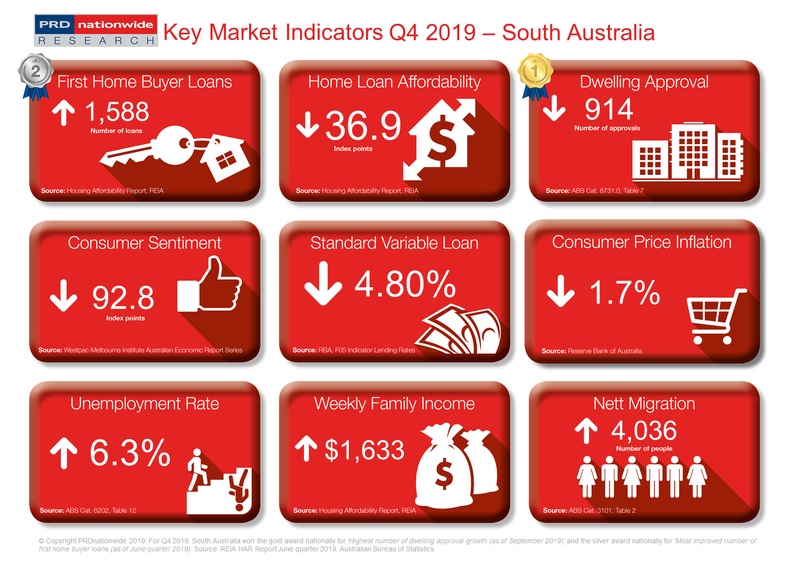 In the March quarter of 2019, SA recorded an extra 4,036 people through nett migration, which equates to a 15.0% increase in the past 12 months. This is a much higher growth in nett migration than NSW (-6.3%), VIC (0.9%), and QLD (-1.6%), thus there is a higher chance of increasing property demand in SA, and presents an opportunity for developers. Furthermore, SA’s median weekly family income increased by 2.6% in the 12 months to the June quarter of 2019, which shows those working have a higher disposable income. This will have a positive impact not only on the real estate market but also the economy.