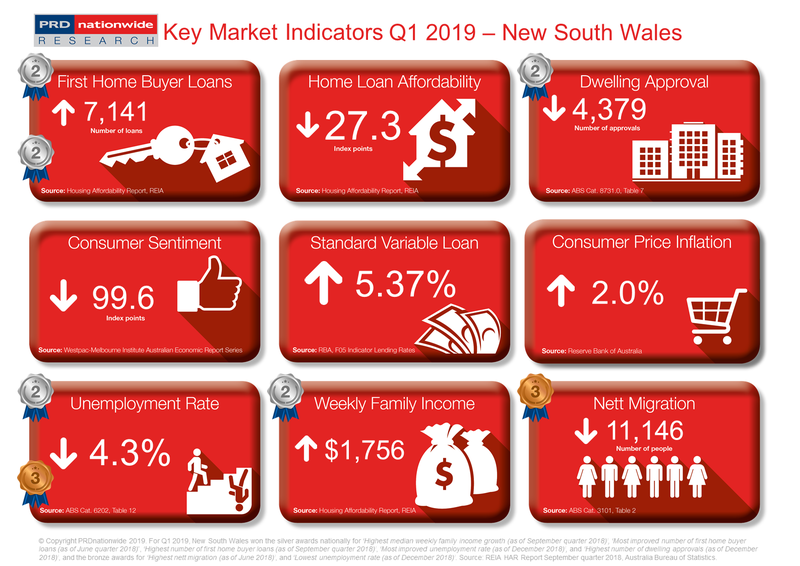 NSW has become more welcoming towards first home buyers, particularly for those located in and surrounding the Sydney Metro area. It is widely known that the Sydney market is entering a correction. Sydney Metro’s median house price in 2018 was $1,275,000 (Q1-Q3 2018 data), which signified a softening of -5.6% over the previous 12 months. The median unit price was $765,000, signifying a softening of -2.6%. Combined with a decline of -10.4% in unemployment rate between December 2017-2018 and an increase of 2.6% in median weekly family income between September quarter 2017-2018, this positions NSW as having a friendlier market for first home buyers to enter. This is evident in the 5.4% growth in the number of first home buyers over the past 12 months between September quarter 2017-2018, recording 7,141 loans in the September quarter of 2018.

Although the above analysis on first home buyer’s situation is positive, it is a drastic decline in growth when compared to the 12 months between June quarter’s 2017-2018 figure of 68.8%. Again, this can be explained by the tightening in lending criteria applied by banks, as well as the realisation that a further price correction may occur. Thus, first home buyers are sitting tight in lieu of an optimum time to buy.