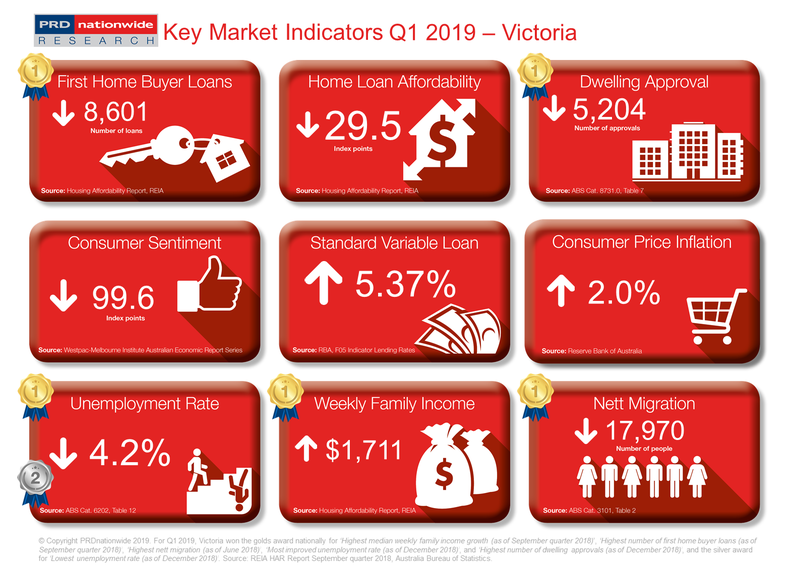 VIC has strong economic fundamentals that will allow it to address home loan affordability in 2019. The VIC unemployment rate declined by a drastic -31.1% over the past 12 months (to December 2018), to an extremely low 4.2%. This is the lowest unemployment rate between the three largest states of Victoria, New South Wales, and Queensland, and also below the Australian average of 5.0%. Median weekly family income increased by 2.9% between the September quarters of 2017-2018, to $1,711 per week. Thus, not only are there more people earning an income in VIC, they are also earning a higher income.

The PRD Q1 2019 Key Economic Indicators provide consumers with a quick snapshot of the current state of the market in Australia, from both an economic and property perspective. The Indicators cover both national and state level data, comprising of: